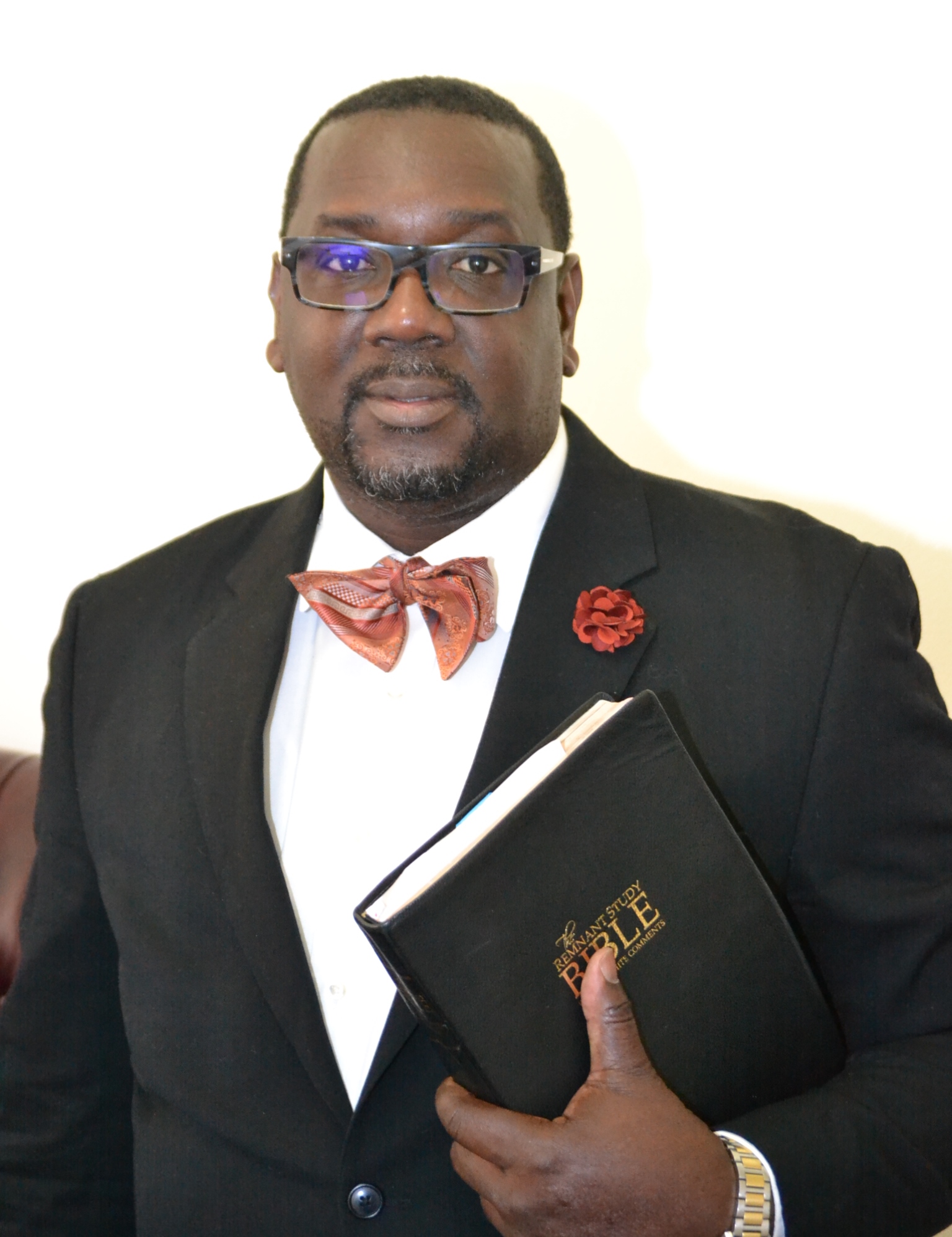 ROGER G. WILLIAMSON was born in the beautiful country of Guyana.  He later migrated to Jamaica where he completed his high school education. After his baptism at age nine, he began preaching the gospel of Jesus Christ. Being raised in the church gave him the full Adventist culturalization serving in almost all departments of the church from Busy Bee to Master Guide from Cradle Roll to Clergy.

Pastor Williamson is a graduate of Northern Caribbean University, formally West Indies College, where he obtained his Bachelor’s Degree with a double major in the field of Theology and Business Administration. He also holds Master’s Degrees in Math Education and School Administration from Atlantic Union College, an SBL from St. Johns University, and a Certificate in Curriculum Framework and Design from Yale University.

After graduation, He received his first pastoral assignment from the Guyana Conference of Seventh-day Adventist and was assigned to the Georgetown No. 1 District, which consisted of these three churches (Central, Ephesus and Carmel). He was later assigned to the Upper East Coast Demerara, a District of six churches before leaving for the United States of America. Those experiences helped to solidify his passion for evangelism, and his love for the youth and young adult ministry.

Upon arriving in the United States without a formal pastoral call, He enjoined himself in the field of evangelism and member reclamation. Pastor Williamson has worked in the Northeastern Conference territory for the last twenty (20) years in the Central Islip Circuit with Pastor Jackson, Bronx Temple with Pastor Nigel Lewis, Patmos SDA and Immanuel SDA churches with Pastor Stewart, Bridgeport SDA with Pastor Rudolph Peters before being hired as a Math and Science teacher and then Pastor.  Pastor Williamson loves evangelism and has held evangelistic efforts throughout the West Indies and in many churches throughout North America.  Pastor Williamson is coming to us from the Berea Nyack SDA church (Nyack New York). Presently, he serves as the pastor of Brooklyn Faith SDA Church (Brooklyn, NY).

In addition to his pastoral duties, Pastor Williamson also works as a Chaplain, a Radio and Television host of the Restride Program and the Pillars of Faith Broadcast on Voices of Praise International. He also worked for United Way and Safe Space organizations, helping to shape young people in making better choices in life. It is his desire to reach young people by any means necessary. He believes there is a place for youth evangelism in our churches today, and it is his desire to create a ministry that trains youth for the cause of evangelism.

Pastor Williamson is married to his college sweetheart, the former Michelle Foster, who hails from the beautiful parish of Manchester, on the island of Jamaica. She is a woman of grace and beauty.  She is also an alumnus of NCU. On December 8th, 2016, they celebrated their 25 wedding anniversary. To God be the glory. Their union has been blessed with three (3) wonderful children, Dwayne, Denisha and Danah, and together, they have partnered in ministry to make disciples of men.

Pastor enjoys spending time with his family and friends, traveling, reading, sports, birding, but most of all, sharing the love of Christ with any and every one he comes in contact with.

Pastor Williamson is honored by the call of God upon his life, and is privileged to have the opportunity to be a servant of the Lord and to share in building up His kingdom. No matter how he is described, Pastor Williamson’s motto is “Empowering the World Through the Word.”